Some lofty ideas to help you understand how warmth is retained.

Obviously, the loft is a key component of a sleeping bag’s warmth – a puffy sleeping bag will usually be warmer than one which doesn’t loft up as much.

However, there are a number of aspects of the design and construction of a sleeping bag – beyond how thick it is when laid flat – which will affect its real-world performance. They include:

Let’s take each of these, one by one. Down. Higher quality, more mature down has a greater ability to stick together in a single mass in each of the sleeping bag’s chambers. This factor is known as ‘cling’. Lower quality down may still loft up to a reasonable degree when it is new, but may well separate out into clumps after a few seasons’ uses. If you have ever held a sleeping bag up to the light and seen gaps where you had hoped to see down, you know what this looks like. It goes without saying, but higher quality down is more expensive than lower quality down. You can read about some of the terms applied to down here.

Synthetic. Synthetic insulation is essentially a polyester mass which looks a lot like cotton candy. Branded synthetics (such as Thermolite®) retain their loft for much longer than generic synthetics (remember some ‘brand names’ are actually invented marketing terms rather than actual branded products). As far as thermal performance is concerned, the way the layers of synthetic insulation are built in to the sleeping bag will affect how well it can loft up: very basic synthetic bags use flat layers of insulation, better-quality bags use layers sewn diagonally over one another (called shingles), and Sea to Summit bags have a unique construction which creates curves of insulation to trap extra air; this is called WaveLoft™.

In the store, pat your hands together with the sleeping bag between them – quality down pushes back against your hands but the tactile sensation is almost as if there is nothing there. Lower quality down doesn’t push back as much and you can feel its ‘feathery’ structure. Synthetics do not loft to the same degree as quality down; you will not feel that effect. 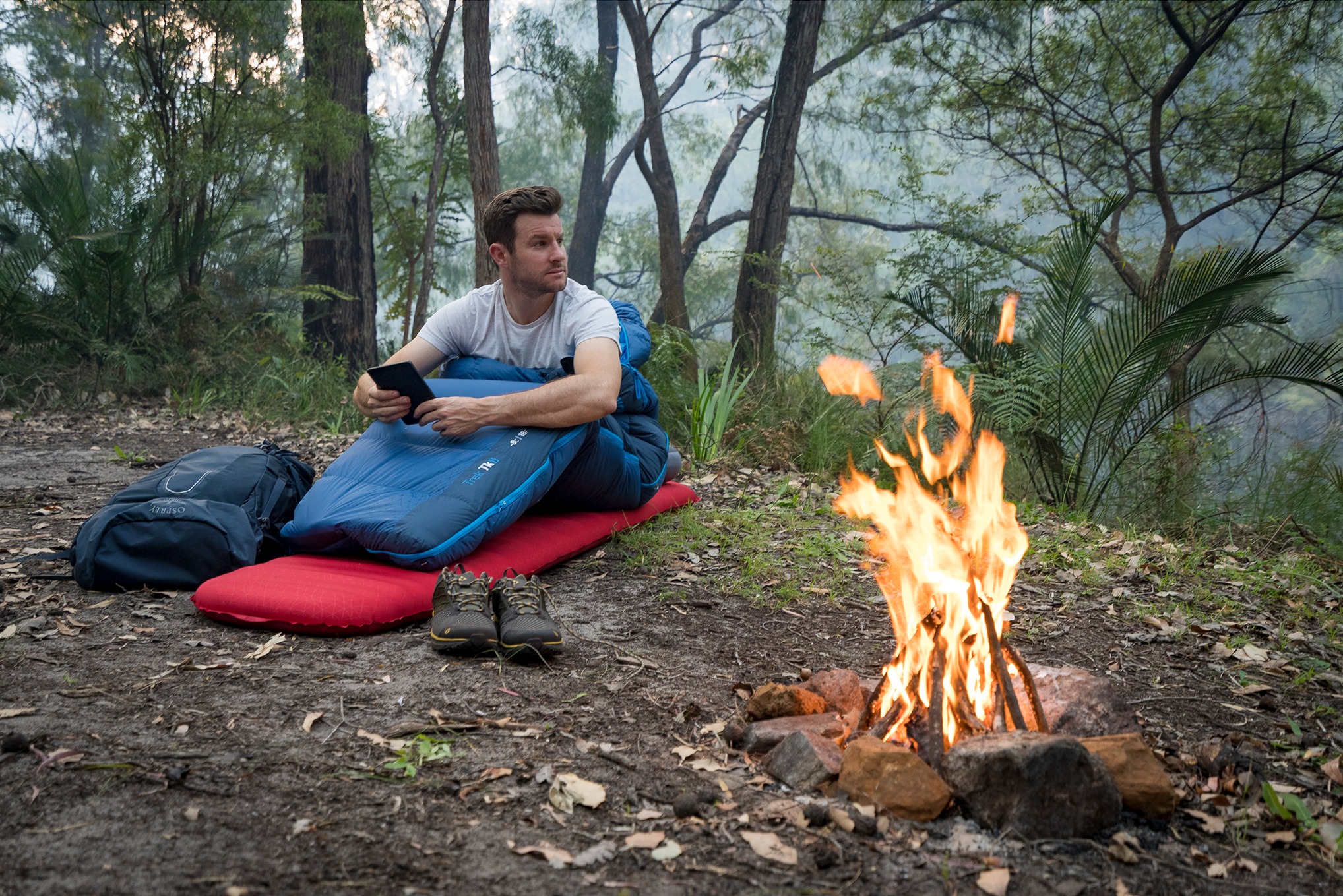 How well the insulation is positioned and retained around the sleeper

If you are buying a sleeping bag for warmer weather camping or recreational use, this section is less relevant to you. For anyone who will be using a sleeping bag in more challenging conditions, this is really important. A performance down sleeping bag will have many more chambers (commonly referred to as ‘baffles’) than a fair-weather bag.

As mentioned above, performance synthetic bags will have at least a shingle construction or - in the case of Sea to Summit synthetic bags, the insulation uses a WaveLoft™ construction. In addition, a great deal more attention will be paid to shaping the hood and the foot box ergonomically. The hood should look like an arctic parka hood even before you have tightened the drawcord, and the foot box must allow your feet to both incline away from your body and splay apart without the down becoming compressed.

The intention with the complexity of the down chambers is to prevent the down from shifting and to keep that lofty down exactly where it is needed to insulate you as you move in your sleep. Obviously, sewing and filling a much larger number of small, perfectly-shaped chambers is more expensive than manufacturing a bag with a smaller number of simpler, more rectangular sections. 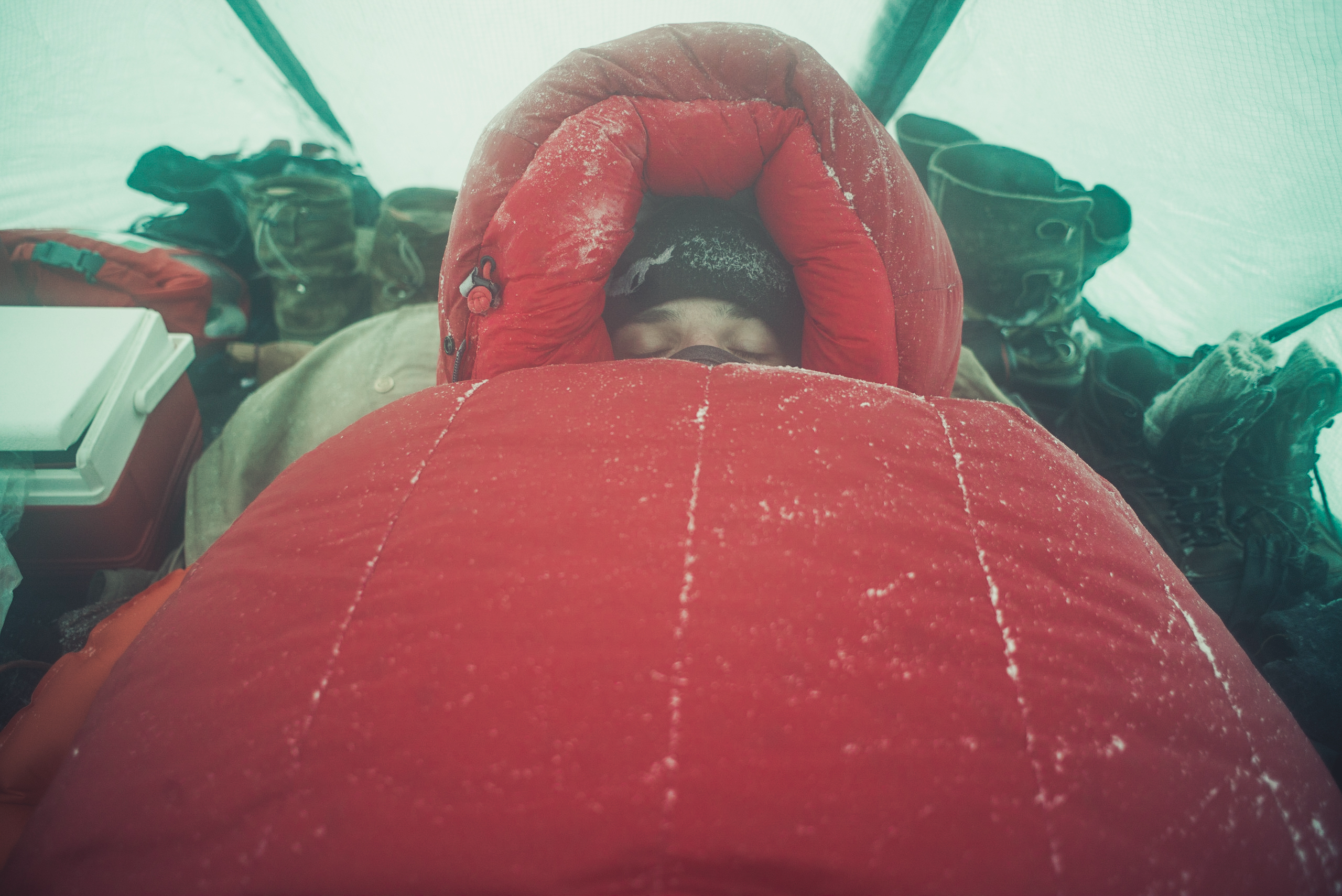 How well the sleeping bag seals out drafts

Again, warm-weather campers do not need to pay as much attention as those who will be braving colder climates. A performance sleeping bag designed for more challenging conditions will have an oversized, cozy draft collar to prevent cold air being drawn into the sleeping bag as you move. It will also have an oversized draft tube running the length of the zipper – and that draft tube will be three dimensional (the ‘base’ of the draft tube will have two seams where it is attached to the rest of the sleeping bag inner).

If a draft tube is relatively insubstantial, or if it is only anchored by one seam it can easily flip over and leave the zipper uncovered. Just be aware that the manikin used in the EN Sleeping Bag Rating test does not move, and therefore the aspects covered in points two and three will not become apparent in the sleeping bag’s EN temperature rating. They will, however, be obvious to live human beings in the real world.

The above three points in particular may help you understand why one specialized sleep bag manufacturer will charge $400 for a certain temperature-rated sleeping bag, while a more mass-market supplier will have an (ostensibly) similarly rated sleeping bag for $150. Over a few years, the ‘more expensive’ bag will actually be cheaper because the user will not feel the need to replace it. And the user will sleep better, night after night. The degree to which insulation is flattened by the sleeper

It’s a relatively well-known phenomenon that the down underneath a sleeper will be compressed. It is possible to construct a sleeping bag with the liner on the lower side cut larger than the shell, allowing the insulation to loft up around the compressed areas – look for the term ‘reversed differential cut’ to describe this construction.

However, the degree to which the insulation on the upper side of the sleeping bag becomes compressed is a factor which gets overlooked. A very narrow-cut sleeping bag may suggest greater warmth (based on the theory that there is less ‘dead air’ on either side of the sleeper to warm up), but in practice the insulation will be flattened by the sleeper’s hips and knees resulting in cold spots as soon as the sleeper assumes a normal ‘fetal’ sleeping position. A simple, rectangular foot box may not seem like a weak point when the bag is hanging in the store, but if your feet pressed up against it, they will create cold spots which you will notice (people with rectangular feet held at 90° to their legs should disregard this point). A bag which sits too tight around your shoulders and elbows will again result in the down being compressed once you turn on your side.

Clearly, you should test out a sleeping bag in a store before you buy it. Make sure you roll over a few times and adopt a typical sleeping position – if you feel your limbs compressing the insulation, try another sleeping bag. (Helpfully, Sea to Summit sleeping bags have their dimensions printed on the hangtag).

Actually, when I said that these factors are overlooked, that’s not strictly true – it’s just that to actually see their effects, you would need infra-red vision. Or an infra-red camera; which is a commonly used technique in magazine tests in certain markets around the world – images produced show bright areas where warmth is escaping.

You can read how these factors apply to the kind of usage you have in mind in the post How to choose the right sleeping bag.

Hopefully, they will help you sort out which of the brightly-colored bags hanging in the store will work best for you.

2 thoughts on “The Physics of Insulation in Sleeping Bags”